Super Commando Dhruv is one of the greatest superhero in Raj Comics. He has no power but still he however manged to defeat criminals. He is a normal human being, not like other superheroes, but what makes him a superhero is his super brilliant mind and his fighting moves. He can also talk to many animals which makes him more interesting. He protects his city Raajnagar from criminals. He is the maker of commando headquater.

He might be the only superhero who don’t have any secret identity without having any special powers. He has many super friends who help him during many fights. He has many powerful enemies such as Grand Master Robo, Doctor Virus, Dhwani Raaj, Bona Vaman, Chandkaal and many more who use to make plans to kill Dhruv but always fail. Here we are providing you the list of all Super Commando Dhruv comics with the updated links. You can easily download Super Commando Dhruv comics here. For more Superhero comics, switch to our Comics category which has all the list of superheroes with their download links. Thanks for visiting us. 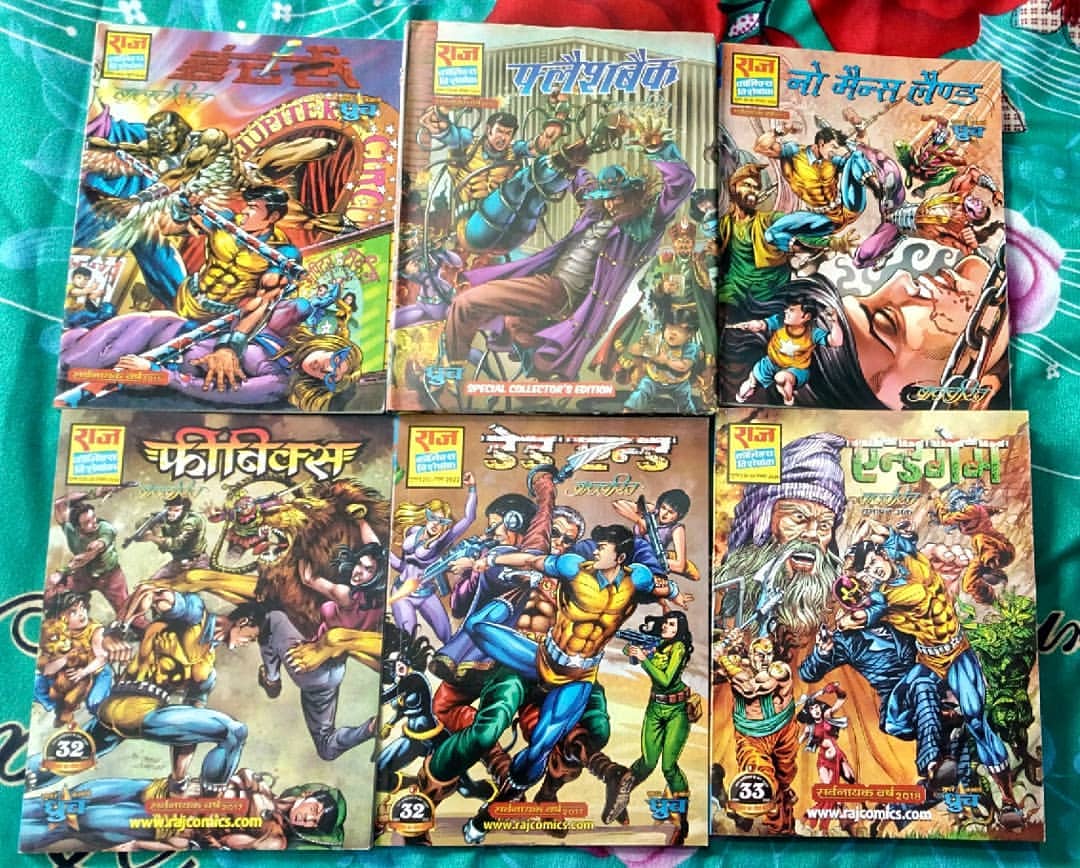